Best and reasonable endeavours – how hard do you have to try? 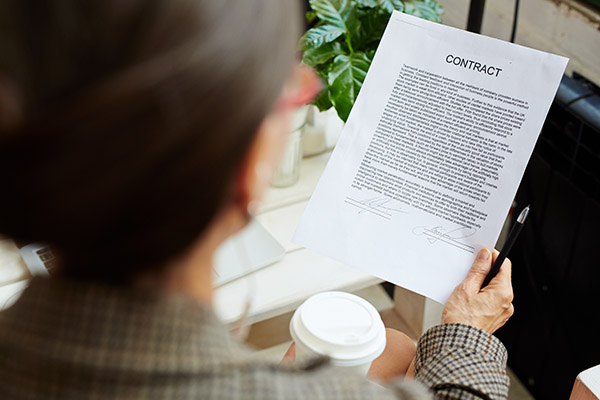 The recent case of Brooke Homes (Bicester) Limited v Portfolio Property Partners Limited and Others [2021] EWCH 3015 (Ch) has highlighted an issue that causes friction amongst business people and lawyers alike.

It centred around a commitment made by Portfolio Property Partners (the P3 Group) to Brooke Homes, to use ‘all reasonable endeavours’ to enter into a conditional sale agreement for their portfolio of land. Brooke Homes was to be the contractor to build a new ‘eco-town’ on the land owned by P3, and the parties had agreed to use ‘all reasonable endeavours’ to finalise the deal, acting in good faith (another contentious term!), and structuring the transaction to their mutual benefit.

When the relationship broke down, and Brooke Homes lost patience after 2 years of waiting to finalise the deal, Brooke Homes brought their claim for the loss of the value of the conditional sale agreement against P3.

What exactly did ‘all reasonable endeavours’ mean?

In assessing the claim, the court had to decide whether or not P3 had used ‘all reasonable endeavours’ to progress the agreement.

And in order to do that, they had to be clear about what exactly ‘all reasonable endeavours’ meant.

The question of ‘endeavours’ arises whenever parties want to agree a commitment in respect of which the obligated party cannot guarantee the outcome. It’s the legal equivalent of saying “We’ll try!”. If you are asked to deliver something by a particular date, and the manufacturing and delivery process are reasonably stable and predictable, you’d expect the contract to say that “You shall deliver the product on the agreed delivery date.”

This makes any discussion of whether or not there’s been a breach pretty straightforward. Was delivery on time? No breach. Was it late? Breach.

Where things got complicated…

Where things get more complicated is when the means of securing the desired outcome are rather less certain. If you’re asked to develop a new product that may or may not work first try, or (as in this case) to secure agreements requiring the co-operation of others who are not under your control, you may not feel able to make a firm commitment. In this case, an ‘endeavours’ clause may feel less risky.

The challenge is that determining whether or not someone has complied with their obligations is much less clear, where an ‘endeavours’ clause is involved. OK, you say you tried to secure the agreement – how hard exactly did you try?

Over the years, lawyers have come up with two ‘standard flavours’ of endeavours. You’ll have seen these many times – ‘best endeavours’, and ‘reasonable endeavours’.

The flavour of endeavours clause you choose determines how hard you’re expected to try to deliver the specified outcome. In particular, it will influence whether or not a court would expect you to incur some financial loss in the course of your endeavouring.

The level of effort you’d expect from a good quality firm.

There’s established case law suggesting that ‘reasonable endeavours’ is the level of effort that you’d expect to see from a good quality firm, experienced and qualified in doing tasks of this nature. ‘Best endeavours’ take this up a notch – if you’ve committed to using your ‘best endeavours’, you should expect to invest your own cash in going above and beyond, to secure the desired outcome.

In the case of Jet2.com Ltd v Blackpool Airport Ltd [2012] EWCA Civ 417, the Court of Appeal confirmed that if a party has given a ‘best endeavours’ commitment, it’s expected to do everything it can to meet that obligation even at considerable expense to itself.

Their conclusion? While an ‘all reasonable endeavours’ clause may not oblige a party to incur the same level of commercial pain as a ‘best endeavours’ clause, it certainly requires a higher level of effort than ‘reasonable endeavours’. And the party making the commitment should expect “some subordination of commercial interests”. In other words, you should be prepared to put your own money on the line, to meet such an obligation.

This is far from being crystal clear, and the interpretation and degree of effort required to meet such an obligation will be heavily dependent on the specifics of the drafting and of the commercial situation. But it does reinforce the importance of being clear about our expectations of each other when creating agreements.

If you expect a certain outcome from your counter-party and they respond “We’ll try!”, ask yourself how important this outcome is to you. Exactly how hard do you expect them to try? Can you be clear about this in your contract? For example, might you list the kind of things you’d expect them to do, in their efforts to deliver the outcome? While ‘reasonable endeavours’, ‘all reasonable endeavours’ or ‘best commercial efforts’ might seem like a fudge to avoid having tough discussions at contracting time, they can simply defer difficult conversations for later. And let’s face it – neither of you is likely to be more reasonable, more collaborative and more helpful at the moment one of you is accusing the other of breaching their commitment, than at the time of entering into the contract.

What you can do.

So seize the nettle, bite the bullet, and have an honest conversation about exactly what ‘trying’ means to you. Talk about how hard you expect them (or your business) to try to achieve the specified outcome, and identify specific measures that you both agree are reasonable to take in each case. And if in doubt, remember that:

Does it really matter? In the Jet2 case, it ultimately led to Blackpool Airport going out of business, so it certainly mattered to them. And in this most recent case, the Court awarded damages of £13.4 million to Brooke Homes, which P3 had to pay out to compensate them for the failure to enter into the conditional sale agreement. So I guess it mattered to them, too.

The fact is, anything that creates uncertainty in your contracts should be avoided. Clarity is king.

The Devant team will work with you to explore exactly what’s fair and reasonable for both parties when creating a new contractual relationship. If you’re contemplating a new agreement, Devant will help you consider what the impact could be if you or your customer/supplier/partner didn’t achieve a particular outcome, and how hard they might be expected to try. Because it’s much easier to meet your objectives if everyone’s clear before they start, on exactly what’s expected of them! Get in touch.

What to do if you’re not getting paid.