The Curious Case of William Jennens 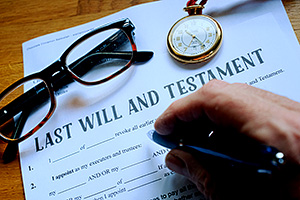 Today I learned about the legal case of William Jennens. If you’ve ever read Bleak House, the story might seem familiar, because Dickens based the fictional case of Jarndyce vs Jarndyce in the book on the life of this financier, who lived in Suffolk in the 18th Century.

When he died in 1798, intestate and and unmarried, his fortune was in the region of £2m. That was quite a sum in those days – indeed, he had the pleasure of being known as Britain’s richest man (albeit with a reputation of being miserly).

When he died without a will, the subsequent legal case took well over 100 years to resolve(!).
Now at Devant, probate law isn’t our thing, so please don’t ask us to draft your will. But it’s an interesting case as an example of the amount of legal shenanigans that can arise when there’s no valid document setting out what should happen. William had asked his lawyers to write his will, but then failed to sign it – and that was the start of the trouble!
Some of the following events sound like chapters from an Agatha Christie novel. The Court of Chancery declared that the heir would a descendant of William’s aunt Hester. Because the heir died young, his mother passed the the inheritance to her second son. This was disputed because of arguments about his legitimacy… and so it went on.
The subsequent legal wrangling took over a century to resolve by which time the entire inheritance had been exhausted, consumed by legal fees. In todays terms, his estate would have been worth in excess of £2.5 billion. Vanished like the morning dew in lawyers’ fees…not the most effective use of resources!
The services we provide at Devant aren’t provided so our clients can ‘tick a box’ (like having a will written!). They’re intended to provide you with tangible, measurable benefits.
One of our corporate values is that we only do work where we can add real value. This means we’ll show you how to use our output to add value to your commercial relationships. For example, we can show you how to reduce your risk, how to spot profit munchers, and how to make your working relationships with suppliers and customers work more effectively than before.
We want your investment in our services to contribute to improvements to your bottom line, and to help things run without hiccups going forward. There’s no point in hiring us otherwise.
Schedule a free call with Amanda if you would like to chat about any commercial problems that you might be facing right now. Unlike poor William, we’d like you to have your agreements and contracts all in order. Complete with a valid signature!
Contact