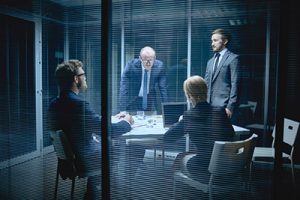 Are the Courts willing to uphold third-party rights and to apply a broad interpretation in cases which involve the Contracts (Rights of Third Parties) Act 1999?

You are probably aware of the Third-Party Rights clause in a contract. You can usually find it towards the end of the agreement, a boilerplate clause which is the result of the Contracts (Rights of Third Parties) Act 1999.

Essentially, the Act enables third-party rights to be created by a contract, or in other words, it allows a contract to confer a benefit on a non-party, benefit which can be enforceable by the non-party against the parties to the contract.

The 1999 Act is widely used in situations where the benefits of, for example, intellectual property rights, duties of confidentiality or indemnities are intended to be given to third-parties such as a party’s employees, contractors or customers.

To enforce the Act, a third-party needs to be able to demonstrate that:

(i) the contract purported to confer a benefit on him/her; and
(ii) he/she is expressly identified in the contract, by name, as a member of a class, or as answering a particular description.

However, you might want to use the Third-Party Rights clause to ensure that no third-parties, or a very limited number/class of third-parties, can enforce a contract they have not been privy to. Or you might not have given it any thought, because as far as you are concerned, the contract is not intended to confer a benefit upon a third-party and does not expressly identify any third-parties by name, as members of a class, or as answering a particular description and therefore, the Act won’t even come into play. Yet, whether the Act comes into play or not depends on the drafting of the contract and until now, there has been little judicial guidance on the application of the above requirements ((i) and (ii)).

In the recent case of Chudley v Clydesdale Bank Plc (t/a Yorkshire Bank) [2019], however, while obiter dicta on the issue of the 1999 Act, meaning that it does not create a binding precedent, the Court offers an insight into its approach to applying the requirements of the Act and the impact this has on future contract drafting.

A quick summary of the facts

The case concerned two investors who had paid money to Arck LLP (‘Arck’), a property development company, for the financing of an offshore property development scheme. Prior to the payment, and unbeknown to the investors, Arck had signed a Letter of Instruction (LOI) with a bank in relation to the scheme, which instructed the bank to open a segregated client account for the scheme. No account was ever opened and the money paid by the two investors was put into another account held by Arck at the bank.

Fast-forward to 2012, the individuals behind Arck were arrested for fraud, the company went into liquidation and the investors lost their funds. Except, the investors found out about the existence of the LOI and pursued the bank in order to recover their losses, claiming that Contracts (Rights of Third Parties) Act 1999 applies to them.

Among other things, one of the questions dicussed before the Court therefore, was whether the investors can demonstrate that the two conditions mentioned above in (i) and (ii) have been met.

The judge deliberated that (i) easily applied to our investors. In this case, it seemed that the principle purpose of the LOI was to protect the investors by opening a segregated client account that would held the investment funds subject to specific conditions, thus conferring a benefit on and protection to the investors.

Interestingly, in the case of (ii), namely whether the investors were expressly identified in the contract, by name, as a member of a class, or as answering a particular description, the judge decided that the correct approach was to look at the construction of the contract as a whole, viewed against the admissible factual matrix.

In that regard, it did not matter that the LOI did not refer to anyone other than Arck, the bank and the solicitors. Looking at the LOI as a whole, the reference to a client account together with the name of the investment scheme would be an express identification of the class, namely clients of Arck who were investing into the scheme, and our two investors easily fell within that class.

The Court also clarified that while the two requirements, (i) and (ii) above, are cumulative, it does not mean that the same term cannot satisfy both requirements. In this case, the reference to a ‘client account’ was both a clear indication of the benefit purported and an identification of the third-party. The Court also reiterated that the third-party does not have to be aware of the existence of the contract at the time it was made.

What can we learn from this?

It seems that the Courts are willing to uphold third-party rights and to apply a broad interpretation when deciding whether a party has rights under the 1999 Act. This means that, in order to avoid uncertainty, you could either expressly exclude the rights of third-parties under the Third-Party Rights clause or, if you intend to grant rights to parties not privy to the contract, then you need to ensure that the proposed beneficiary or class of beneficiaries are carefully defined in the contract.

Devant can help you with the drafting of new contracts in line with this development and with reviewing your existing ones to ensure that your contracts as a whole do not confer third-parties any rights you are not aware of, so please don’t hesitate to contact us.

Purchase Orders can be hazardous to your (business) health.

How Much Should I Spend?