What to do if you’re not getting paid. 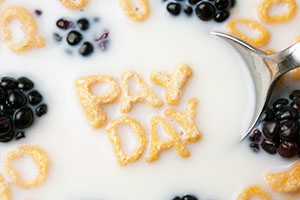 At the best of times, a small client who’s unable to pay your bill is a problem. In the era of Covid-19, it’s a minefield.

If they don’t want to pay because they think you’ve breached the contract in some way, they should tell you. Otherwise, you have no opportunity to rectify the problem. If Devant wrote your terms of business, they’ll say something about your customers having to notify you within a specific number of days of receiving your invoice, if they dispute it. Otherwise it’s due for payment in accordance with your terms. If we didn’t write your terms, you might not find out that your customer’s unhappy until you start chasing for payment!

If your client has a valid reason for non-payment, see if it’s something you can fix. If not, would it be fair for you to reduce the price instead? For example, if the product you’ve delivered had some scratches on its surface finish, and you can’t secure a replacement, what would be a fair discount to compensate for the scratches? Agree this by email, issue a credit note for the discount amount, and they should be able to pay the balance.

If they still don’t pay, or if they never had any reason to dispute the invoice in the first place, it’s a reasonable assumption that they’re either short on cash, or are just trying to hold onto every penny as long as possible to protect their business.

There are two options here, depending on what you think their actual financial situation is.

You might wonder why you’d use a winding up petition for companies you believe to be solvent, while attempting a payment plan for those you’re less confident in. Basically, if a company really is insolvent, it’s likely that you’re not the only one they owe money to. If they also owe HMRC, staff, landlords, the bank… the chances of you getting anything you’re owed in an insolvency are tiny. You’ll be at the bottom of a long list of creditors. For companies that actually have some cash, though, this tool can encourage them to get their finger out and pay up.

What if you’re up against a big client who’s not paying? That’s one for next week! Check our blog and then subscribe to our Youtube channel so you don’t miss out.